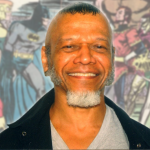 Born in Guyana, South America on July 24th, 1959. I arrived in The States with my family in 1970. In 1976, I got a job penciling at DC Comics after a friend of mine sent ’em some of my work for a critique–and I received a written offer to “drop by” in return. The DC Comics editors literally told me “Trevor, we want you to quit school (pre-med freshman at Columbia University) and draw comics for us!”…So I ended up the youngest artist they’d ever hired, their first black artist, and co-creator of their first ORIGINAL black super-hero, who had his own title (book)–BLACK LIGHTNING. Their very FIRST black super-hero was GL knock-off John Stewart, who’d debuted a year earlier… I was told that I’m considered a co-creator of BLACK LIGHTNING because I’d drawn his debut series, as well as co-designed his original costume (Tony Isabella or Jack C. Harris contributed the black inner lining of his shirt’s lightning design, and Bob Rozakis came up with the idea of the removable Afromask–an idea I’d  NEVER have come up with, since the Afro was LITERALLY a symbol of a black person’s IDENTITY at the time, and the idea of a black man removing his identity in order to go to WORK was TOTALLY foreign to me.☝🙃)

I’ve also drawn The Batman Annual #8 (’82)–my favorite job–which featured the coloring debut of Lynn Varley, whom I’d met at Neal Adams’ Continuity Studios (where I worked doing Advertising Art during the entirety of my DC career–and yes, Neal was AWESOME!!! 😎👌) also The Green Arrow Miniseries (’83), THRILLER (’84), The Black Canary Miniseries/regular series (’91) and even a few Marvel gigs, early in my career–Powerman/Iron Fist #56 & 57, Spider-Woman 23 & 24, and an issue of Marvel Fanfare (#3?) among others…In 2009, my first self-written/drawn GN, “THE ORIGINAL JOHNSON”–a biography of the first black Heavyweight Champion of The World–THE GREAT AND IMMORTAL JACK JOHNSON–was published. Both volumes of the 2 Vol. set feature a very favorable quote from The New York Times on the cover, but my only regret is that I didn’t have enough pages in the book to do Jack’s EPIC story JUSTICE…Maybe one day I’ll get to do a sequel, dealing with Jack’s adventures in Europe, where he’d fled in order to avoid the bogus Mann Act conviction near the end of his career…I could call it “TO JOHNSON A BROAD”…Oops! I mean…”2: JOHNSON ABROAD”…:) It should be a FUN story. 😏

I’m currently happily single, and living in a basement apartment/studio in the upper regions of the Bronx, where I even get to see the sun shine on occasion…I managed to survive colorectal cancer back in 2015 after a year of Chemo, Radiation, and then surgery to remove the tumor–so now, after having had a brush with a potentially fatal, and devastating disease…there’s NO SUCH THING AS A BAD DAY FOR ME ANYMORE, BABY!!!! 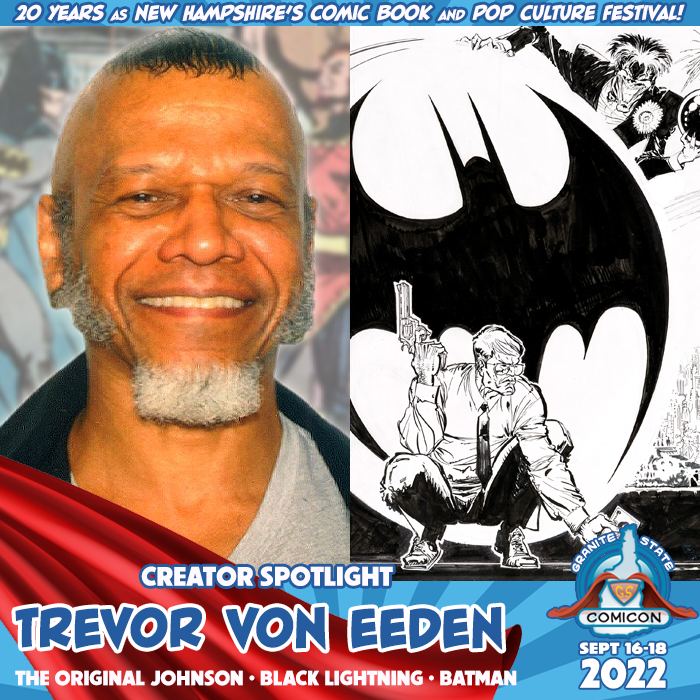