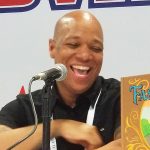 Joel Christian Gill is a cartoonist and historian who speak nationally on the importance of sharing stories. He wrote the words and drew the pictures in Fast Enough: Bessie Stringfield’s First Ride(published by Lion Forge, 2019) and the award-winning graphic novel series Strange Fruit: Uncelebrated Narratives from Black History, as well as, Tales of The Talented Tenth from Fulcrum Publishing. He has worked for diverse clients including the People’s United Party of Belize, NBC, the Boston Globe and his has written for The Huffington Post. His latest work is a memoir chronicling how children deal with abuse and trauma: Fights: One Boy’s Triumph Over Violence (Oni Press January 2020.) He was Chair of Foundations and then Comic Arts at The New Hampshire Institute of Art. He is currently an Associate Professor of Illustration at Massachusetts College of Art and Design. Gill has dedicated his life to creating stories to build connections with readers through empathy, compassion, and ultimately humanity. He received his MFA from Boston University and his BA from Roanoke College. 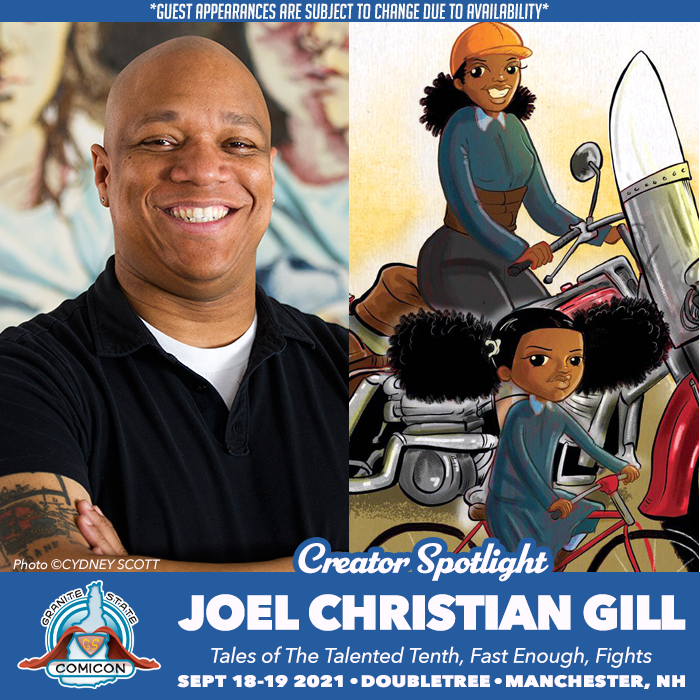